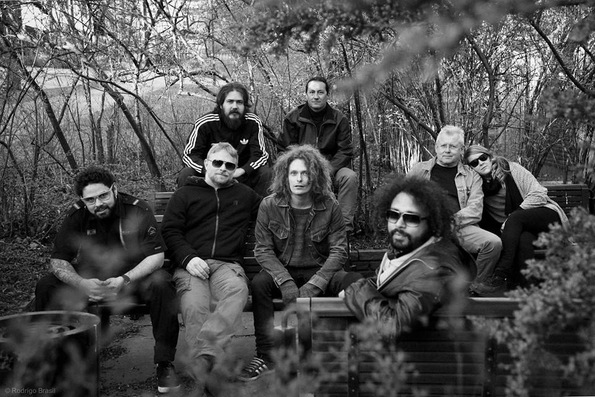 Jamaican Ska and World Reggae-Roots musician Lius Machado, from Brazil, is a drummer, singer, composer and festival producer. He moved to Oslo in 2005 and within a short time became a well known musician. In 2011, Lius gathered a group of musicians thus forming the band Chakras.Â Together they have developed the Chakras Sound and Good Vibrations. The smooth sounds of Lius Baruch and his band Chakras, formed more then two years ago, have previously made an EP and have played in various venues across Norway to festivals in Spain. In December 2013 they recorded their ï¬rst album "Understand", which will be released on the 4th of July 2014 at Herr Nilsen. A mix of Jamaican ska, roots reggae and spicy Brazilian beats gives this band their jazzy ï¬avor and incredible sound!

Lius sings lead vocals while drumming it out and is accompanied by his fellow musicians from different nationalities including Brazil, Norway and Switzerland. Chakras has previously released an EP and have now ï¬nished their ï¬rst self produced album with Urban Studios Oslo. With this collaboration they have made the video for the single "RingTone!".