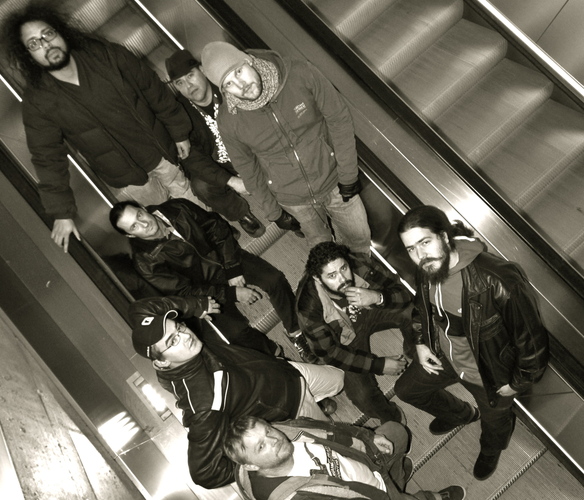 Chakras is a 9 piece band specializing in Jamaican Ska and World Reggae-Roots music. Formed in 2011 by drummer, composer and music event organizer Lius Machado who, after 6 years of living in Norway working with different projects and artists, decided to start playing his own compositions in collaboration with the other members of the group allowing them to contribute and develop there own musical abilities.

With Lius Machado taking up lead vocals from the drum stool he is accompanied by an international crew of musicians from 5 different nationalities (Brazil, Norway, Chile, Sweden and Switzerland) on bass, guitar, keyboards, trumpet,
trombone, 2 saxophones and backing vocals. Chakras have just finished there first self produced EP from which they have made a video of the single "Understand!"

Now, having been together one year, they have played around several venues in Oslo including One Love Music Festival(2012), The Dirty Cow, Cafe SÃ¸r and recently, the band had the opportunity to step in for Frank Znort on a Sunday at BlÃ¥, one of the best music night in Norway!!! After each concert the audience has come away feeling lifted from the solid rhythms, groovy bass lines, melodic horn melodies and positive vibration the band is committed to delivering time after time. As of October 2012 Chakras has promo material completed including 3 songs recorded, 1 video & a press photo album.
Looking toward 2013 the band are planning an international tour and have been invited by festivals and concert promoters to ply there trade in Scandinavia, Europe and Brazil. The Chakras family appreciates your support and are available to bring there music to join social projects and events that
promote peace, multicultural understanding and spread a positive message!! One Love!!