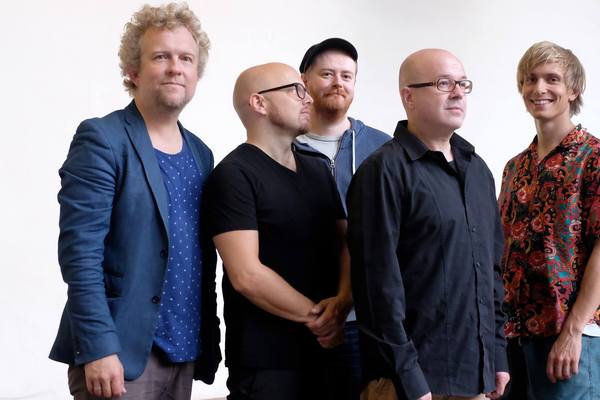 Atomic was established in 2000 and already after their first two studio albums Feet Music (2002) and Boom Boom (2003), both their growing audience and music reviewers alike began to perceive them as an original flavor with an entirely individual energy that few Scandinavian jazz groups could match. Even though initially thought of as a sort of rebellion to the quaintness of the âScandinavian Soundâ which had become exemplified by Norwegian artists on labels such as ECM, Atomic found themselves becoming a new sort of unique sound on their own. An explosive blend of American free-jazz with European characteristics is how some reviewers have described them. Or better yet, âpart academic lecture, part a fun night out on the townâ, is how the band describes themselves, and is what makes their sound truly Atomic.

While they make no secret of their admiration for leading American jazz musicians such as Duke Ellington, Archie Shepp, Charles Mingus and George Russell, just to mention a few, the music of Atomic is also mixed with an equal love of European free jazz and improvised music. They regard the American and European jazz traditions as an inspiration rather than a restriction, as a springboard to set their own direction and position within jazz music.

No strangers to the touring circuit, Atomic were on the road almost as soon as they were formed, and they have since 2000 been touring extensively in Europe, Japan and the US. They have released 13 CDâs including their 2010 releases âTheater tilters Vol 1 & 2â that came in connection with their 10 year anniversary, followed by âThereâs a hole in the mountainâ in 2013, and now their most recent album; âLucidityâ (2015). They have been promoting this latest release with extensive tours both in the US and EU. They will tour Japan in February 2016.

They take moments of minimalist simplicity and contextualize them, by turns, in amorphous textures, angular musical structures, whimsical interplays and rushes of driving frenzy.Â A track might swing in on muscular arms from the highest reaches of the jungle canopy, bedecked in its finest groove,Â before shedding its ape suit to reveal something altogether more ethereal.
They seem to hurtle in freefall spirals, before raising merry hell with free improvisations, looping and diving amid each otherâs vapour trails, and managing to recalibrate simultaneously their alignment and launch into the next composed passage without batting an eyelid.

If you ever wondered what synchronized swimming among man-eating sharks might sound like, this is probably as close as youâll ever get.
For all the oomph and swagger, there are moments of fragile beauty in there too. Wiikâs piano lines sometimes seem eggshell thin amid the hubbub, yet they remain solid, unbuckled. As anyone familiar would expect, the solos are of top quality, made of thought processes long-aged and matured in the uniquely flavoursome Atomic cask.

Newly-arrivedÂ Hans HulbÅkmo more than ably batters and rattles in Paal Nilssen-Loveâs stead, displaying a similar, yet personally signed, technique. Caps must be doffed to any musician who can even beÂ passableÂ within a unit with near-psychic communication skills as Atomic have always seemed to possess: HulbÅkmo already feels as though he has always been there.

Wiik and Ljungkvist (as has become the norm over the past number of years)Â provide the compositional frameworks for the groupâs inventiveness and sheer authenticity to be placed on full display. While this album may have a touch more shadow than usual, the trademark mercurial wit remains intact, with knowing echoes, paraphrases and quotations popping up here and there, archness romping through disquieting musical turns of phrase, while unfettered sincerity warms the heart of oblique passages elsewhere.

Atomicâs ability to renew itself seems limitless, as though each step of its path to date has been as fresh as the one before it. With each new release they demonstrate their will to outdistance, outshine, outfox, outclass and outmaneuver their past work. All signs point onwards and upwards.