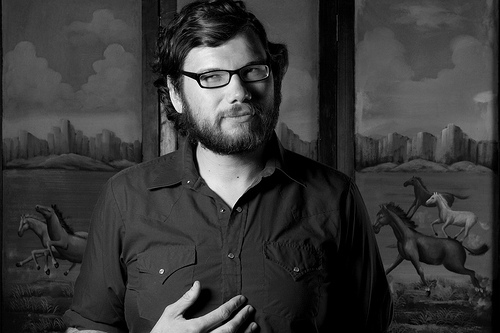 Fill Your Lungs, the latest Release of Oh! Pears, finds Duncan exploring a sound a lifetime in the making, setting stunning orchestral arrangements drawn from his familyâs long lineage of classical musicians to urgent, three-minute perfect pop nuggets not far removed from the stylings of his previous outfit, Pattern Is Movement. Itâs an engrossing sound that places Duncan at the forefront of a class of high-minded American songwriters like Van Dyke Parks and Jeremy Enigk.
The songs on Oh! Pearsâ debut Fill Your Lungs EP deal with startlingly personal themes; âSingersâ is about Duncan and his brother forging their own identities amid intense Catholicism.
âThe Hallâ touches on a relativeâs gradual loss of sight, and how he learns to adjust his life to the change. âA lot of these songs, really, are identity songs,â Duncan says. âWho my family is, who my friends are.â