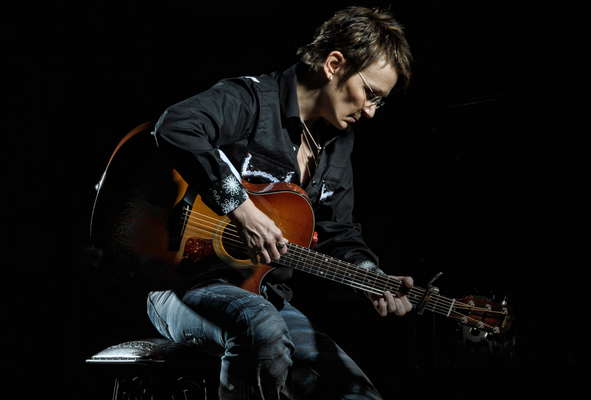 âThereâs freedom in knowing that you donât have to know it all,â she says, âwhich is why to me, a song should end with a question, not an answer.â It might seem that after six groundbreaking albums of original songs, more than a dozen years of recording and touring around the world, a harvest of music industry awards, and covers of her songs by a roster of great artists â that Mary Gauthier (say it: go-shay) should have a handle on some of the big answers. Yet with each new album, with each new cycle of songs that illuminate her soul, with each old and new set of characters and life changes she introduces, Mary is always ending up with more questions. Where do her people come from and where do they go? How can they find shelter from the storm? What is the truth?

It is said that the master songwriters â the âtruth tellers,â as Mary refers to the likes of Bob Dylan and Neil Young, Leonard Cohen and Patti Smith â those writers always put a piece of themselves into every song. They first shined bright light on the truth and lies of her world before she began to put pen to paper herself, and itâs up to the listener to imagine what is real and what is a dream. This sense of autobiography has always loomed large in the work of Mary Gauthier. On her most recent album, The Foundling (released May 2010), her first concept album, Mary opened the door on the defining circumstance of her life, the emotional journey and aftermath of finding the mother who abandoned her in New Orleans after her birth.

The story of The Foundling resonated across the country, literally, and was named in many year-end Top Album lists. In the Los Angeles Times, music writer Randy Lewis picked the album and noted: âThe acclaimed Louisiana singer and songwriter tackles the most powerful story of all â that of her own life â in this extraordinarily powerful and clear-eyed song cycle encompassing issues of abandonment, adoption, identity, blame, forgiveness and love set to music as richly diverse as the thematic content.â On the opposite coast, critic James Reed ranked the album at the top of the Boston Globeâs boston.com survey, describing it as âby far her most revealing albumâ¦ a heartbreaking work of powerful storytelling, a blueprint for how modern country records could â and should â sound. By the end of The Foundling,â you realize Gauthier wasnât just in search of her mother; she was looking for her own identity.â

Mary was orphaned at the St. Vincentâs Infants Home in New Orleans in March 1962 . Mary was eventually adopted by a couple from Thibodaux â Italian, Catholic and doomed. Raised in Baton Rouge, Mary felt a deep alienation â from her cookie-cutter neighborhood of little boxes, from school, and from her adoptive parents. âI felt like I was dying. My father was an alcoholic. My mother cried all the time. Both of them were suicidal. There was chaos and pandemonium in the family.â The only thing that was saving her was the music, the âtruth-tellers.â But Mary was decades away from finding her muse as a songwriter.

At age 15, Mary famously stole her parentsâ car and hit the road. It was the beginning of a downward spiral of substance abuse, multiple stints in detox and halfway houses and squatting with friends. She spent her 18th birthday in a jail cell in Salina, Kansas, until they kicked her out of the state, âand I just kept running.â Somehow, she got herself enrolled at LSU as a philosophy major, with assistance from the state and from the owner of a restaurant near campus where she was washing dishes.

But old habits die hard, and Mary was forced to drop out in her senior year. She moved from Baton Rouge to Boston and although still using, was able to hold down a counter job at a small cafÃ©, where she was promoted to manager. Again, friends helped her back into school, this time at the Cambridge School of Culinary Arts. She hatched a plan to open a New Orleans style Cajun restaurant in Back Bay, and Dixie Kitchen proved a success. She immersed herself in every aspect of maintaining the restaurant until the drudgery caught up with her and she had to run away. Again. The difference this time was that she finally got sober. When she did, the musical floodgates opened and the songwriting began.

Mary was as passionate about her songs as she was about soul food. Picking up a guitar, she made her way to open mic nights on Bostonâs busy coffeehouse circuit and in 1997, at age 35, she released her debut album, titled (what else?) Dixie Kitchen. To her surprise, she was nominated for Best New Contemporary Folk Artist at the Boston Music Awards. She started traveling to workshops with the Nashville Songwriters Association and eventually sold her interest in the Dixie Kitchen restaurant to finance her second album.

Drag Queens in Limousines (1999, with her signature âI Drinkâ) drew a four-star rating in Rolling Stone and broke Maryâs career wide open, as she became a presence at folk festivals across the U.S. and Europe. The title tune won Best Folk/Singer-Songwriter Song at the first annual Independent Music Awards and Mary was named Best Country Music Artist at the GLAMAâs (Gay and Lesbian American Music Awards). With her third CD, Filth & Fire (2002), Mary began an association with Gurf Morlix, former sideman and producer for Lucinda Williams. Filth & Fire was named Best Indy CD Of The Year by Jon Pareles of the New York Times and the Best Singer/Songwriter Album Of The Year by No Depression.

With the release of her next album, Mercy Now (2005), again produced by Morlix, Mary graduated to major label status as she joined the prestigious Lost Highway label, home to Lucinda, Willie Nelson, Elvis Costello, Ryan Adams and many others. Around the same time, Mary officially moved to Nashville. Mercy Now, with its updated version of âI Drink,â appeared on a score of year-end âBest Ofâ lists, including the New York Times, Los Angeles Times, Chicago Tribune, Billboard, and No Depression. Mary was named New/Emerging Artist Of The Year at the annual Americana Music Association Awards, and Bob Dylan included âI Drinkâ on his âTheme Time Radio Hourâ program.

For her next album, Between Daylight and Dark (2007), Mary was teamed with master producer Joe Henry, whose impressive list of album credits to that point included work with Solomon Burke, Bruce Cockburn, Loudon Wainwright III, Susan Tedeschi, and Elvis Costello & Allen Toussaintâs River In Reverse. âIf she keeps this up, one day she may assume the mantle of Johnny Cash,â raved the New York Daily News; while the Boston Globe praised Maryâs âparticular blend of toughness and vulnerability that puts her in a league with Bruce Springsteen and Steve Earle.â

Maryâs âcompassâ for The Foundling, was Willie Nelsonâs Red Headed Stranger, his classic concept album of 1975. As Mary explained on her website (www.marygauthier.com), âthe songs (on The Foundling) tell the story of a kid abandoned at birth who spent a year in an orphanage and was adopted, who ran way from the adopted home and ended up in show business, who searched for birth parents late in life and found one and was rejected, and who came through the other side of all of this still believing in love.â

Written and recorded over the course of two years, The Foundling was produced in Toronto by Michael Timmins of Cowboy Junkies. She praises Mikeâs ability âto capture my story and create moods around it, a dream soundscape. The musicians breathed their hearts and souls into my songs, and they brought them to life. I am pleased beyond my wildest dreams at how the record came out.â

Those familiar with the bones of Mary Gauthierâs life found it difficult to choke back the emotion of the album, from the Gypsy-flavored opening of âThe Foundlingâ to the upbeat bluegrass groove on the bittersweet âGood Byeâ; from the crushing phone conversation with the mother who refused to meet her, âMarch 11, 1962â (co-written with Liz Rose), to the final epilogue of âAnother Day Borrowedâ (co-written with Darrell Scott).

Mary Gauthier lives each day at a time, keeping the demons at bay, always looking for answers, always asking questions. âIâve discovered we are all wanderers of sorts, we are all looking for meaning in lives that contain no guarantees. My birth mother and my adopted family loved me the very best they could and I am grateful for their sacrifices. I do have a good life. It has been a long road and itâs taken me longer than I am proud of, but these days I find myself at peace, grateful for each borrowed day.â