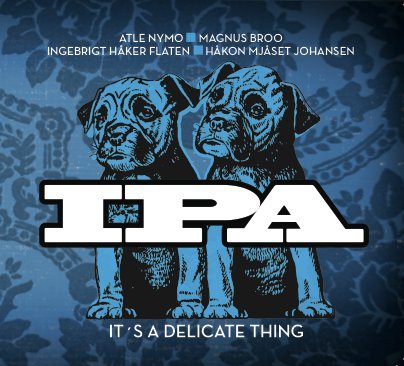 Atle Nymo, Ingebrigt HÃ¥ker Flaten and HÃ¥kon MjÃ¥set Johansen joined in 2008 forces with the fantastic Swedish trumpet player Magnus Broo and formed IPA.
Musically inspired of the likes of Don Cherry and Albert Ayler, the material is based on great melodic compositions combined with more open material in a splendid mix. All performed with a lot of energy and enthusiasm by four fantastic musicians.

The musicians are some of the key players in the Scandinavian jazzscene, from bands like Atomic, Motif, Trondheim Jazz Orchestra and The Thing, and are all important players in the young European improvising scene.

IPA has released two critically acclaimed records so far: âLorenaâ and âItâs a delicate thingâ. Both on the Norwegian Indie- label Bolage. These recordings have been followed up by extensive touring in Norway, Sweden and China, including festivals like Molde Int. Jazzfestival, Soddjazz, Nattjazz (all in Norway), and Landet Jazz (Sweden)