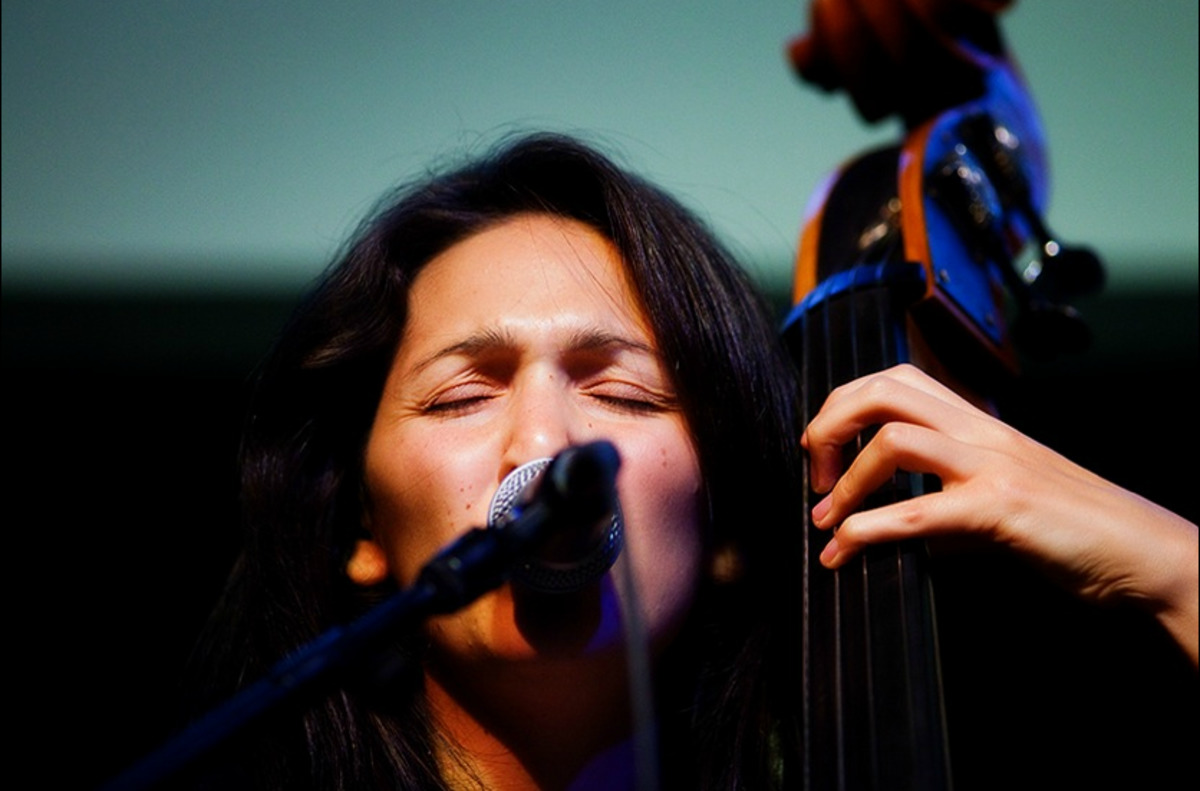 A triple threat talent, Katie Thiroux has garnered considerable attention for her bravura bass playing, assured singing and compelling compositions. With the release of her debut album, Introducing Katie Thiroux (2015), her substantial gifts as a bandleader and recording artist are now also on view. Audiences and critics agree as this release received many awards including "Debut Record of the Year" from the Huffington Post, All About Jazz, Jazz Journalists Association and "Top 5 Debut Records of the Year" from NPR Jazz Critics Poll. Other accolades include being a 2015 semi-finalist in the Thelonious Monk Competition, featured on WBGO’s “The Checkout,” Downbeat Magazine and NPR.  Lending contemporary flair to mainstream stylings, Thiroux carries on the hard swinging tradition of such bass masters as Ray Brown and John Clayton, while channeling the buoyant vocal finesse of iconic singers including Anita O’Day, Chet Baker and Ella Fitzgerald. Thiroux offers in-the-moment jazz that draws upon the rich history of the music, from swing to bebop and beyond.

In May 2017 Thiroux paid tribute to Ella Fitzgerald at the Grammy Museum at L.A. Live as a featured performer and musical director at the request of the GRAMMY Foundation. Thiroux was in Dubai Summer of 2017 as she was asked by legendary arranger, composer and producer, Quincy Jones, to perform a two month residency as a featured artist at his new venue in Dubai, Q’s Bar, at the Palazzo Versace by Donatella Versace. Her most recent album, “Off Beat,” from GRAMMY nominated label, Capri Records, collected rave reviews and was awarded a “Best Album Of 2017” by Downbeat Magazine as well as "Rising Star" and was a featured artist on Emirates Airlines. Thiroux's 2018 performances include a featured week at Birdland, Monterey Jazz Festival, San Jose Summer Jazz Fest, NAMM, SF JAZZ and 3 European tours including 3 nights at Montmartre, Cork Jazz Festival and Copenhagen Winter Fest.