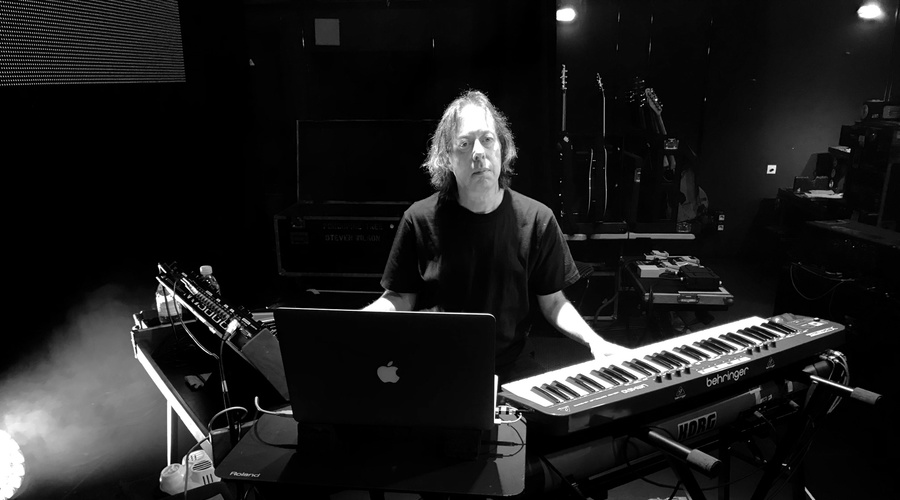 In 1988 he became Miles's musical director. For his session and live performances, Adam was praised by the New York Times for his "innovative keyboard work," and by Keyboard magazine as "one of the most promising synth soloists. Adam has also toured and recorded extensively with Grover Washington,
Jr., Wayne Shorter, Chaka Khan, Steps Ahead, Wallace Roney, Michel Petrucciani and many others.

Adam is currently touring and recording with British rocker Steven Wilson.  Adam is featured on Steven's acclaimed albums ”The Raven That Refused To Sing,” "Hand.Cannot.Erase 10,” “4 1/2” and “To The
Bone,” as well as appearing in the full-length concert videos Get All You Deserve  and  Home Invasion: Live at Royal Albert Hall. Adam is nowin the middle of a world tour with Steven Wilson which will go until March 2019.

Adam has released 10 albums as both a solo artist and with his band, Adam Holzman & Brave New World. His most recent full band CD of hard-edged jazz-rock is titled Truth Decay, released in March 2018. The
album features many guest artists, including appearances by  members of the Steven Wilson band and Adam’s longtime New York-based group, Brave New World. The album also includes some vocal
tracks; a cover of “A House Is Not A Motel” by the classic 60’s band Love, and the title track, co-written with Nick Beggs. So it is a true “jazz-rock” affair. Truth Decay has received some great reviews and was selected as one of the top albums of 2018 by All About Jazz’s John Kelman. (The Deform Variations, a solo piano CD
recorded while on tour with Steven Wilson, was released in 2015.)

Adam has been nominated for 'best electric jazz keyboard player'several times by Keyboard Magazine.  In 2007 he was awarded by the Jazz Journalists Association for his work co-producing (with Bob Belden)
the Miles Davis box set "The Cellar Door Sessions" (Sony). Adam is now gaining attention in the rock world, placing high in the 'Best Keyboard Player' category in Classic Rock/Prog Magazine polls
for the past several years. Adam is also a part-time faculty member of the New School University Jazz & Contemporary Music department.