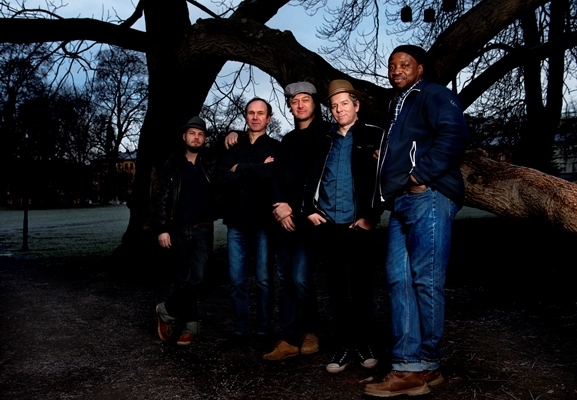 Sidiki Camara has mixed his unique Malian musical sound and his extraordinary percussive and rhytmic flow on this recording of nine of his newest compositions. The album Nakan will be released in June 2015 and also features Sidiki's lyrical voice in a tremendous blend of grooves, melodies and riffs, joined by some of the most notable jazzplayers in Norway of today.

The music can be described as a multi coloured blend of jazz and afro beat. It's both a great listening experience or you can easily let yourself loose on the dance floor.

Sidiki Camara is considered one of the leading percussionists from Mali. He is one of the founders of the modern style of Manding music. He was from early on in his career sought after by Toumani Diabate, Oumou Sangare and Habib Koite.
He moved to Brussels where he continued his brilliant career playing with Malian stars such as Mamady Keita. He has been, and still is, a part of American jazzguitarist-star-extraordinaire Bill Frisell's The Intercontinentals â and has recorded with Bill Frisell together with other world music stars such as Vinicius Cantuaria (Brasil), a.o.

Since 2010 he has been residing in Oslo Norway and has worked on putting together an all-star group of some of the most sought after Norwegian musicians on the scene â saxophonist Bendik Hofseth (Steps Ahead, Arild Andersen, etc.) Audun Erlien (Nils Petter Molvaer, Mathias Eick) Jacob Young (ECM, Manu Katche, Interstatic) AndrÃ© Viervoll (Noora Noor, Queendom, Marque Gilmore) together they have made this new recording Nakan.